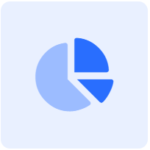 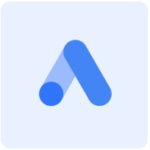 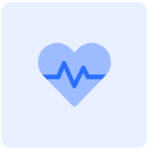 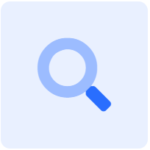 In Google Analytics, a session is defined as a period of time a user spends on your site. All interactions they have with your site while they’re in that session are a part of that session.

A session starts when a user lands on your site. A session ends when one of the following happens:

What are sessions and users in Google Analytics?

In Google Analytics, a session is defined as a period of time a user spends on your site. All interactions they have with your site while they’re in that session are a part of that session. A session starts as soon as a user lands on your site, and it ends when they leave or don’t interact with it for at least a half hour. All interactions that took place within that timeframe are a part of said session.

This means that one user can have multiple sessions. If one unique person browses to your site three times on three separate occasions, that’s counted one user and three sessions.

How does Google Analytics count sessions?

Google Analytics counts sessions by keeping track of the interactions. It starts a session as soon as it sees an interaction from a user. Once Google Analytics realises the user is done using the site, it will end the session and add it to the counter.

A user can only have one session at a time. A session starts as soon as the user lands on your site. By default, the session can end in three different ways:

Google Analytics timeout due to inactivity

The timer is strict: 30 minutes is 30 minutes. If a user leaves your site open, doesn’t interact with it for 29 minutes, and then clicks something again, that’s still counted as a part of the same session. That also means the timer will be reset from 1 minute to 30 minutes again.

However, if a user leaves your site idle for 31 minutes before clicking something again, the session will be ended. That means that that next interaction is registered as the start of a new session, and the page the user is currently on is counted as the landing page. There are no exceptions to this – being in the middle of a checkout, for example, does not affect this.

There can be various reasons why you may want to change the duration of the timer. Maybe you have a really large or really small website, with either a high or low expected amount of engagement. Or perhaps your site has an automatic logout feature, and you want the timer to match that. Thankfully, it’s possible to adjust the timer to this.

You are free to set the the session timeout timer anywhere between one minute and four hours. You can set this per individual property. In order to do this, follow these steps:

And there you go! The timer will now last as long as you told it to.

By default a Google Analytics Campaign timeout is set to 6 months. It means that in the coming 6 months Google Analytics will attribute sessions for a unique user tot the last non-direct traffic source.

An ongoing session is automatically ended once the clock hits midnight. After this, a new session is started. For example, if a user is actively browsing your site at 11:59 PM, the session will be ended. A new session will then be opened starting at 12:00 AM, with the page the user is on at that moment being registered as the landing page.

Keep in mind: The time that’s counted as midnight is determined by the timezone settings you have set up for your view.

For example, let’s say a user looked something up, let’s say ‘search 1’, with a search engine, and then came to your site with a regular link. However, after browsing your site for a bit, they then go back to the search engine, look up ‘search 2’, and click a different link to your site. Google Analytics will recognise that, immediately end the old session and open up a new one.

What counts as a campaign?

If a user already has a session open, then any visit from said user that comes from a different search engine search, campaign-tagged URL or a different referring website will end that session and open up a new one. Take note: direct traffic does not have this effect, and will thus be counted as a part of the same existing session.

Generally speaking, the types of campaigns that cause a new session to start can be split into three categories:

When a user visits your site via a search engine, that’s a form of campaign. For example, if a user looks up ‘web design tips’, and clicks a link to your site, a session starts. If during that session they go back to the search engine, look up ‘web design optimization’ and click through to your site again, that’s a new campaign being used, which means that a new session is started.

Autotagged campaign URLs have the same effect. If a user comes to your site through a link that’s automatically tagged for your Google Ads campaign, that starts a new session. Keep in mind though, manually tagged Google Ads campaigns do not always do this. If a user has an active session, and they browse to your site using the same manually tagged URL they used to initially get there, then the campaign won’t update, and thus the session won’t restart. Keep this in mind when analyzing your numbers and choosing between automatic and manual campaign tagging.

The major channel that does not cause new sessions to trigger is direct traffic. If a user has an active session, and they browse directly to your site by typing a URL in their browser, then that won’t trigger a new session. Instead, the old session will continue.

Are sessions and visits the same?

Yes, generally speaking sessions and visits are basically the same. When talking about Google Analytics, ‘session’ and ‘visit’ are often used interchangeably.

Keep in mind though, ‘visits’ isn’t the official term, and is sometimes used in different ways. In some contexts, a visit could also refer to the mere act of the user landing on your page, and not the interactions they have there.

However, generally speaking sessions and visits can be used interchangeably. If you’re unsure which term to use, it’s recommended to stick with the official term Google Analytics uses itself, which is ‘sessions’.

Why do I have more visitors than sessions?

Sometimes it’s possible that Google Analytics shows you more new users than sessions. This happens because ‘new users’ counts all users that landed on your site at any point. A session, however, only starts once the user has a form of interaction with your site. If you have a high amount of visitors that don’t have any interactions with your site before leaving, this oddity can occur.

What are users in Google Analytics?